This week has been one of wintry weather and lots of downtime because Abigail and I got colds -- just sick enough that we didn't feel like getting off of the couch.  We did not start back to school on Monday as planned...instead, we were bums most of the week!

Nice things about being sick: staying home, extra rest, snuggling under a warm blanket, extra cat time, Grandma-socks...and a good nurse.  David takes great care of us during the day so that Bruce can work.  He is not quite so cooperative about pictures... 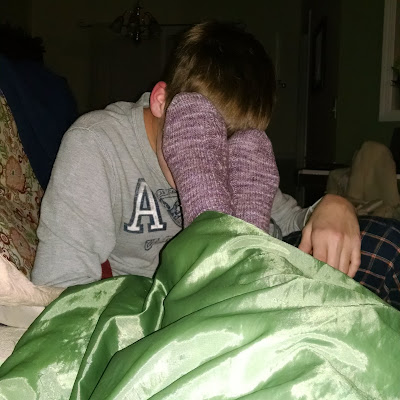 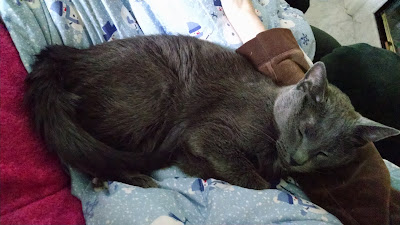 One afternoon we made homemade snow-cream for the first time.  It tasted like French Vanilla ice cream, but with the icy-snowy texture of snow. Fun! 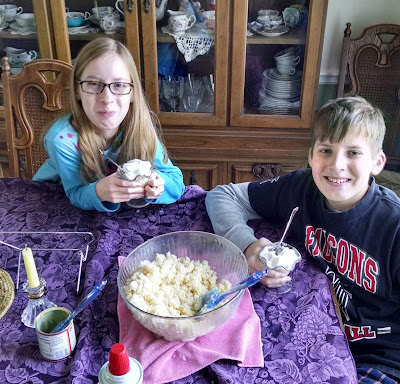 More resting...more couch-time and more cat-time...Mindy is not a big snuggler, but she knows when someone is ill and appoints herself their nurse.  It's very sweet. 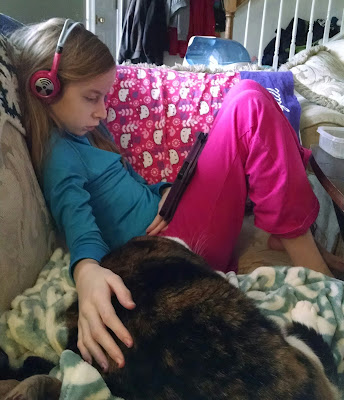 In the midst of David's tending to us, he managed to spend his Christmas money on Amazon and was delighted when his new Star Wars Lego set arrived!  It is always so much fun to watch him go to work on a new building project.  Here he is with his U-Wing Fighter. 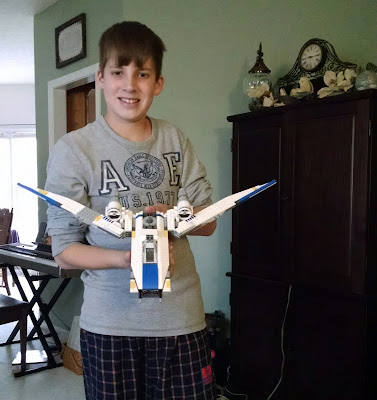 By Friday, we were starting to feel like normal human beings again!  We cleaned and organized and played board games in between projects. 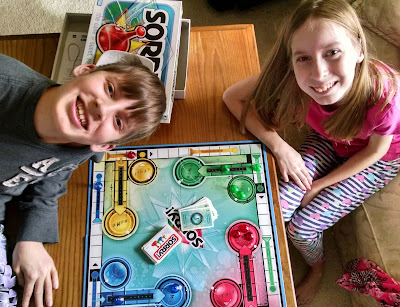 And for a week that started out with ice and snow and frigid temperatures, this is how we ended it...70 degrees and outside without even a coat! Ah, Georgia, how we love thee... :) 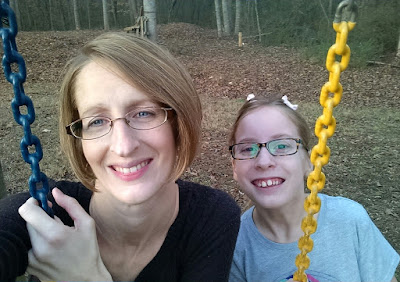 Thankfully, Abigail was feeling much better in time for our church's youth group event on Saturday -- her first time to participate in the annual "Cabbage Bowl," where our teens compete against our senior citizens in Wii Bowling.  It is a really fun event and a great chance for the strengthening of relationships between these two very different age groups.  The seniors won the overall tournament as their combined score was higher than the teens' combined score (this is typical...they have won the overall competition four out of the five years).  Abigail and her friend/bowling partner, however, won the individual team competition, defeating the usual bowling champions!  Here they are with their "trophy" after church today. 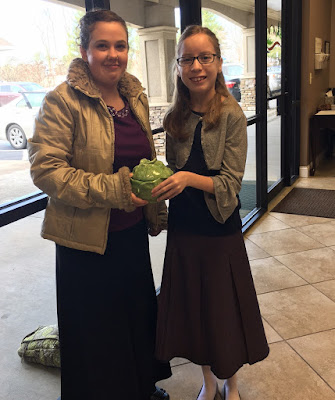 Not only that, Abigail was the individual high-scorer, so she brought home that traveling trophy and a Chick-Fil-A gift card!  Nobody suspected she was going to be such fierce competition, and everyone thoroughly enjoyed her victory. :)  The teen guys have already started vying for her to choose them as her bowling partner next year! Way to go, Abigail! 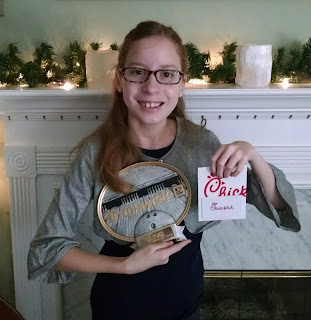 Wow-what a great post! I was sorry you were sick but glad you made turned it into a good rest and recuperation week! Way to go Abigail! Thank you , David , for taking care of your family! (And a good job Mindy!)

Abbreviations used on our blog